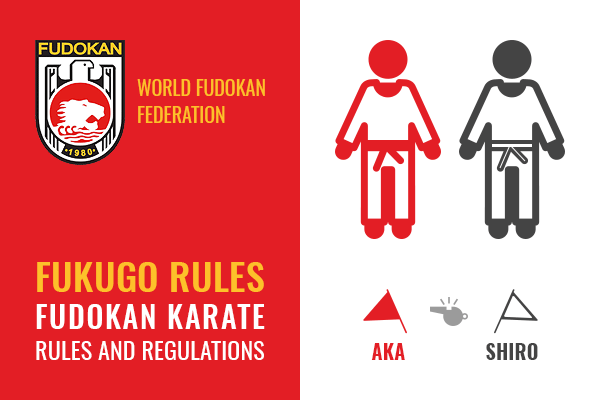 A. GENERAL
B. COMPETITION

Fuku-Go is combination of Kumite and Kata, determined by Technical Committee of Fudokan Organization - called Fudokan Ki-tei. Technical Committee has a duty to prepare new Fudokan Ki-tei every two years according to the World Championship cycle. In memory of Sensei Nishiyama, kata Ki-tei made by Sensei Nishiyama will be obligatory in semi finals of Fuku-Go discipline.

Use Kumite Rules or Ko-go Kumite Rules as in individual matches other than specified here. In case of a tie score, the winner is decided upon by Tsu-mae.

Next round of competition

Winners of Ki-tei participate in next round of Kumite, and then those winners compete in Ki-tei (alternate).